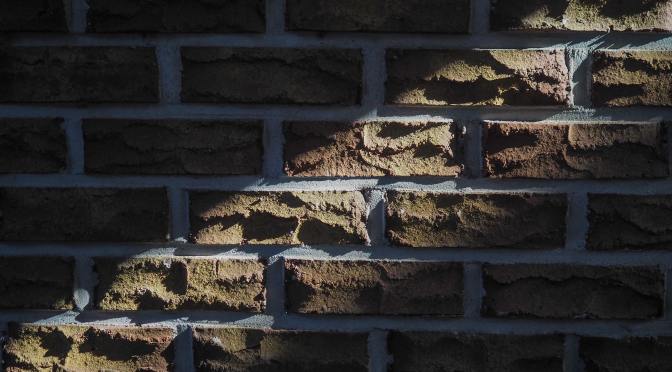 For more on this topic, listen to the Engage & Equip podcast episodes #174: Is the Cure Worse than the Disease? and #175: How Should Christians Engage in Politics?

Should a church have a political voice? Should a pastor?

Should I go to a church if the church’s or the pastor’s political voice doesn’t seem to be what is approved of by the party or philosophy I most approve of?

How should I think about politics and the church as a Christian?

The Bible is a “political” book, and Jesus was considered a “political” figure. After all, he was always talking about his “kingdom.” In fact, all of Scripture makes “political” claims: The book of Genesis claims that our God is the God of creation and, therefore, is the sovereign governor over the entire natural realm. He also claims ownership of all image bearers, or human beings. He declares how they should be treated by other human beings, by families, by religious orders and by governments, declaring that they have what we call “rights.” He also declares how human beings should be treated economically, with at least minimal standards regarding economic justice. Many of the Old Testament prophets specifically criticized the government for its corruption and economic favoritism. These men spoke “politically” for God. His judgment concerned, in part, the acts of their government.

Jesus was executed as a political dissident and as a traitor against the Roman government. James and John were flogged for not obeying the government’s policy to manage the spread of Christianity. The apostle James was killed in political instability caused by people politically rioting against the rise of Christianity. The apostle Paul was whipped, beaten and imprisoned numerous times by government officials; he was a political prisoner virtually all of the time he was imprisoned. The early Christians were persecuted by their governments, and the apostle John was exiled by the Roman government. Some of the earliest Christian public writings were written to emperors, arguing against the injustice of how Christians were being treated by the empire.

Many biblical commentators, of both liberal and conservative persuasions, have noted the interplay of religious faith and politics in the Scriptures from beginning to end. Whatever Christianity is, and whatever its politics, we find that its practice is always running afoul of politics. Said another way, Christian faith and doctrine is always at least being mistaken for politics.

Everything is political now.

Second, it may be noted that more and more in American life is being taken into this sphere of what is considered political. The definition of totalitarian fascism, as determined by dictator Benito Mussolini, was “everything inside the state, nothing outside the state, and nothing against the state.” One might define totalitarian politics as, “everything inside politics, nothing outside politics, and nothing against the importance of politics.” Over the last eight years I have heard both Democrats and Republicans say that we were moving towards dictatorship, depending on whether President Obama or President Trump was in power. (In fact, Abraham Lincoln, Teddy Roosevelt, Woodrow Wilson, and FDR were our most dictatorial presidents. And two are on Mount Rushmore. FDR openly admired and was admired by Mussolini.)

However, I think it is more obvious that over the last 15 years we have been moving towards a dictatorship of politics—that it is politics itself that is swelling up and claiming to control all of human life. Everything is political. Everything is inside politics. Everything reveals your politics. Everything requires a political framing, every false step a political reprisal. Everyone has to be trying to control everyone and everything else. More and more people judge each other and approve of themselves based on their political creed rather than the basis of their own moral acts of virtue.

Whether those in power are Democrats or Republicans, conservatives or progressives, this is a profoundly unhealthy state of affairs.  It may be argued now that this writing itself is a “conservative” view, that I am seeking to smuggle in a “small government Republicanism.” But I am much more concerned about the size of politics than I am about the size of government.

For example, we could have an enormous government that was only in charge of national defense. In such a case, the government would be large in size, but narrow in scope. Virtually all of human life would be outside of government, in what has been called “civil society.” Civil society is the realm of commerce, free associations, families, churches, and anything that stands between the government and the individual. It is the realm of institutions that we make for ourselves and use to form ourselves. It is also the part of life least constrained and controlled by people other than those involved—it is the realm of liberty.

This liberty can only exist where even democratic majorities cannot tread. Otherwise the 49% shall be controlled by the will of the 51%, and they will live under the tyranny of democracy. There is such thing as a democratic totalitarianism. Two wolves and a lamb vote on what’s for lunch. 51% gets to pee in the oatmeal of the 49% minority. This is why the West created a common law radically limiting the scope of government with a reel of “rights,” built up from the Magna Carta to the time of the Revolution, even to the removal of the last vestiges of Jim Crow. This idea that a civil reel of rights should create a large space free from the tyranny even of democratic government, in which people could freely associate and build the lives they chose, was called “liberalism.” Liberalism was the idea that we should not coerce anyone’s life without grave need, and that we should leave people free to pursue happiness according to their own rights and conscience. And the early Americans believed this could only be done if religion had a large place in that civil society.

From the time of the New Deal forward through the Great Society, and the increase in regulations and entitlement/relief programs, the scope of this “liberalism” has been shrinking. More of life has been taken from the realm of liberty and placed in the safeguard of technical administrators put in place by democratically elected representatives. As the government was responsible for more and more, the stakes for controlling that government went up and up. The fight for every post and seat became more and more vicious. Money poured in, and everyone had to become an advocate. No one could afford not to be on a team. And once everyone is on one team or another, everything is the game. Everything is politics, and all that matters is who’s winning.

When all of human discourse and life is swallowed up into “politics” (claims that an insinuate grab for power on behalf of a certain policy were by a certain group), no claim can be made that isn’t a kind power grab. So no claim is truly a moral claim. No claim can be a spiritual claim. There are no metaphysical claims. There aren’t even any scientific claims. There are only political claims pretending to be moral, theological, spiritual, anthropological, metaphysical or scientific. Well, unless our team is making the claim, and then it’s obvious that all we care about is the truth. It is the other guys who are never sincere, but only grabbing power. I can hardly think of a more depraved and demoralized public square than one in which politics becomes totalitarian, because it has become total and partisan.

Here are some examples:

In such a context, you’re stuck either way. If you say nothing, in trying “not to be political” you’ve succeeded in not preaching the whole counsel of God. But pastors, and by implication, churches, are responsible to communicate the full will of God.  The Apostle Paul said it this way in Acts 20:26-27, “Therefore, I declare to you today that I am innocent of the blood of all men. For I have not hesitated to proclaim to you the whole will of God.” Christianity has views about things that affect public life, and they must be declared in a full throated way in every generation, and even to the government and its officials. Not to do so is to displease the Lord. It’s not an option.

But if everything is political, this will be considered political speech. Many feel like the church “shouldn’t get involved in politics.” So their response is that this is a foul against how a church or pastor should speak. When people hear what they think is “political,” they grow offended and complain, or leave.