Many of you know about my vision to make High Point a “teaching church” – much like some hospitals are teaching hospitals. In other words, my hope is to build a robust in vibrant church in which some of our top young people can cut their teeth in ministry and be prepared for whatever ministry God is calling them to. Some of these people will be church planters. Some will lead in established churches, seeking to revitalize them. Others will work in parachurch ministries. And others may not go on to work in vocational ministry, but will be lifelong major contributors to a local church.

Right now most of this is accomplished through our internship programs – the ministry and pastoral internships – and through the process of discipling many of our younger attenders for whom High Point is the first major church they are attending in full independent adulthood. However, it is important for us to remember that there are four main ways our church can influence the world for generations to come.

One of our greatest legacies can be found in #4. In fact, it could end up being our greatest legacy as a local church. Being generous, open-hearted, and hospitable toward young Christians will lead to their engagement and leadership. As I said many times, it is a great grace of God that he is working in the hearts of many younger Christians right now. They’ve come to believe in Christ, trust him with the future of their lives, and they want to have an impact for him. The question for the established generations is: who of us will give them a chance? Who will give them space to work (and often fail), and also the loving guidance to succeed? What local churches will inspire these younger adults to believe in the local church?

That’s the theology. This is the inspiration.

Ryan Harding, an intern that stayed with us for my first month at High Point (and the intern with me in Florida) is presently planting a church in Gainesville, Florida called City Church. After his Florida internship, he attended Trinity in the Masters of Divinity program, was a Kern scholar (a prestigious full-tuition scholarship), and is about a year into planting the church in central Florida within a few miles of his undergraduate alma mater.

Ashley Vail, our communications director before Lisa Dahlager, married Grant Buenger and  moved to Indianapolis to plant a church. It is focused on unchurched people groups in a section of the city close to Butler University and a number of underprivileged neighborhoods. Their church already has as many as 120 people on Sunday morning – while being only about a year old. Their research claims that about 85% of Indianapolis is unchurched. They’re raising one year’s worth of support for Grant because they are hoping that the church will be all to support him after it’s been in existence for only two years – which is very ambitious. 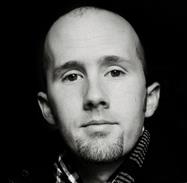 Adam Mabry is a younger friend and colleague. I would consider myself more an encourager and occasional advisor that a mentor to Adam. Adam is several years my junior and has already been involved in planting two churches in Edinburgh, Scotland, and is the lead planter of Alethia church, a three-year-old church plant in Cambridge Square in Boston. Adam’s advice was influential in my coming to High Point church rather than entering a PhD program in theology. Adam is a great example of the kind of leader that leverages any resources – personal or financial – as a gift from God for the purpose of building his kingdom. His is a church plant we have supported, and one of the churches I hope to have in the future teaching church network. 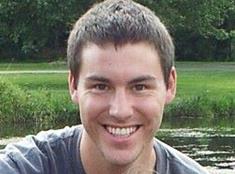 Adam Darbonne was the first person to go through our pastoral internship program in 2011 – 12. He served for a full year at High Point and lived with Alexi and I and the kids. Adam came to us after being mentored by my brother at University of California Davis. He has gone to pursue a Masters in Divinity at Trinity seminary, and has received a Kern fellowship graduate assistantship during his time there. In his one year in Madison he preached more than 20 sermons in adult worship services (an unheard-of number for an untrained intern), spoke at numerous chapels, led the young adults ministry, taught in the Christian school, and was involved in many aspects of church leadership. It looks like Adam will take his first ministry position in a local church-based college ministry at a major public university in California – but who knows? 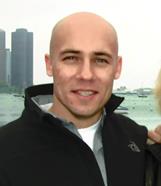 Chris Engelman served as our second pastoral intern in 2012 – 13. Chris is now attending Trinity, is an M.Div. student as well as a Kern scholar. He hasn’t made any determinations yet as to what kind of ministry he will be doing, but he served in numerous roles at High Point during his year here. He preached many sermons, worked with Bhutanese refugees, served in men’s ministry, was part of elder decisions, served on Sunday mornings, as well as a handful of other things.

Tina Richardson served as a ministry intern in Hospitality and Congregational Care for the 2012-13 year. She connected with dozens of new people visiting High Point – helping them find their way around and helping them meet new people. She had a constant ministry of including people in almost every thing she was connected with. She also served in following up with people in need. She spent the year being mentored by our staff and also by professional Christian counselors. At the end of her year of service, she left to attend Denver Seminary to do a Masters in Christian counseling.