I was an education major in my undergrad, and in my educational theory class I was taught three basic theories about human beings. 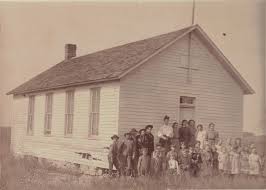 The first theory is drawn from the Puritans way back in the 1600s who thought that people are basically bad. This was supposedly called the “Old Deluder Satan” theory. Apparently it was taken from a 1642 law that referred to Satan this way. What I wasn’t told, however, was that the purpose of this law was to legislate public education (every town with 50 families had to hire a teacher, and every town with 100 families had to establish a grammar school).

The Puritans didn’t just think people were bad and that Satan deluded them; they believed this deluding was best accomplished through ignorance and illiteracy. With this “archaic” view, the Puritan societies achieved higher literacy rates than we enjoy today.

The second view was that each person is a tabula rasa or a “blank slate.” It sounds a little more intellectual when you said in Latin. The view is normally associated with John Locke, but it was believed before him as well as by quite a wide group in his day and into the present.

However, another theory emerged with the advent of modern liberal thought (from thinkers like Rousseau and later most famously Dewey) that humans, and especially children, are essentially good and curious beings. This led to the belief that it was structures of oppression and control that led to the degradation of human beings and that coerced them into evil.

There is something to be said for all of these views. The Bible affirms something about all of them. Concerning the last, all humans are made in the image of God and are capable of immense good, beauty and creativity, not least, curiosity. Further, external oppression and degradation can and do greatly harm the inherent capabilities of human beings. And yet the Bible also affirms that we humans can morally go either way, and we are responsible for the choices that we make. This doesn’t mean that we are blank slates, but it does recognize  an unformed-ness to human beginnings and asserts that 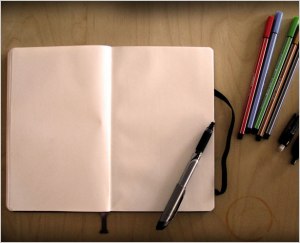 a child is not already won or lost in its infancy. The unformed-ness and binary potential of every child should motivate us in our educational and parental responsibilities to teach and form virtue and character. What we teach children has an immense impact on their outcomes.

And finally, the Bible affirms everywhere that the divine image in every human (great potential), which is unformed and undetermined in very early childhood (tabula rasa-ish),  is in the condition of terrible inherent degradation through sin (called ‘the flesh’ or sinful condition); we are so easily deluded. And we are, as often as not, self-deluded.

Hence the claim of Jeremiah:

Jeremiah 17:7-10 7 “But blessed is the man who trusts in the LORD, whose confidence is in him. 8 He will be like a tree planted by the water that sends out its roots by the stream. It does not fear when heat comes; its leaves are always green. It has no worries in a year of drought and never fails to bear fruit.” [1] 9 The heart is deceitful above all things and beyond cure. Who can understand it? 10 I the LORD search the heart and examine the mind, to reward a man according to his conduct, according to what his deeds deserve.”

The contrast is between the one who trusts in God and the one who is incurably self deceived by his own heart. He claims the self deceit of the human heart is more deceitful than anything else and is beyond self-applied human cure, through education or anything else. His claim is that only God can understand it, and only God can cure it.

This is the fundamental reason not only why Christians affirm that children need direct moral and spiritual instruction for the development of virtue (as opposed to mere education in the academic competencies), but why Christians also believe in the need for a miraculous salvation and an external, objective revelation.

On this basis, Christians affirm that the Enlightenment religions are doomed to failure. The human heart is too self deceitful to find enlightenment within itself. It requires an outside word,  one spoken by the one who understands the incurable deceitfulness of the human heart. We don’t require an enlightening message so much as a prophetic message.

But just as importantly, the cure itself cannot come from within the human heart; it must come from the outside in. And this is exactly what God means to do in what he calls his “new covenant.” This cure is also the the critical factor which separates the new covenant from the old.

Jeremiah 31:31-37   31 “The time is coming,” declares the LORD, “when I will make a new covenant with the house of Israel and with the house of Judah. 32 It will not be like the covenant I made with their forefathers when I took them by the hand to lead them out of Egypt, because they broke my covenant, though I was a husband to them,” declares the LORD. 33 “This is the covenant I will make with the house of Israel after that time,” declares the LORD. “I will put my law in their minds and write it on their hearts. I will be their God, and they will be my people. 34 No longer will a man teach his neighbor, or a man his brother, saying, ‘Know the LORD,’ because they will all know me, from the least of them to the greatest,” declares the LORD. “For I will forgive their wickedness and will remember their sins no more.” 35 This is what the LORD says, he who appoints the sun to shine by day, who decrees the moon and stars to shine by night, who stirs up the sea so that its waves roar– the LORD Almighty is his name: 36 “Only if these decrees vanish from my sight,” declares the LORD, “will the descendants of Israel ever cease to be a nation before me.” 37 This is what the LORD says: “Only if the heavens above can be measured and the foundations of the earth below be searched out will I reject all the descendants of Israel because of all they have done,” declares the LORD.

The promise of the new covenant, the new saving action of God, is not just to forgive sins but to regenerate the human heart. That is, in creation God generated the human heart. Through sin we have degenerated it. And through the cross he will regenerate it. And the result will be that his truth will be written on our hearts and minds. It will replace the incurable deceitfulness of our selfishness and self-deception, and we will be able to disinterestedly see beauty for what it is in the face of Christ.

God’s claim is that he will do this as surely as there is a sun and moon, stars and sky. That is, it is not contingent on us. It is an action that he will do, one that we need only accept and enjoy.

Every attempt to positively affect human beings can only be as good and as effective as it is right in its driving assessment of human nature. This is why I am pessimistic about most major initiatives to help humans in the modern West – or for that matter, anywhere. Get human nature wrong, and it is very hard to help humans over the long run. And I’ve yet to see any view in the present world that seems to have as accurate a view of humans as the 2,500-year-old book of Jeremiah. This divinely-inspired assessment and cure has been filled out since then, but not improved upon.

[1] For verses like this that read as promises, it is important for us to make careful study of the genres of literature in which they are given. (By genres, I mean types or kinds of literature with different rules for interpretation. Love letters and legal contracts are different genres. Similarly, advice, commands, and promises are different genres.) In the case of Jeremiah, a prophetic book, promises like this are included as wisdom sayings, not perfect promises. There is a difference, for instance, between a promise like this and the specific promises that God makes to Abraham and David, etc. For more discussion on these genres, see my recent sermon on Job. While the distinction is important to understand in this case, it still does not take away from the general truth being taught here: that God does bless those who serve and honor him.