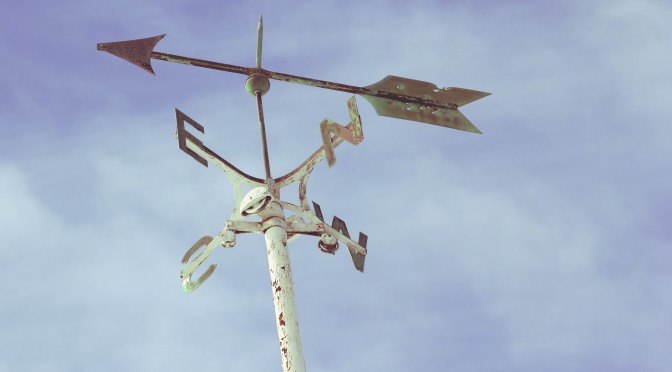 From time to time, I have a conversation with someone via email that gets at ideas that I think will be helpful for the broader High Point body. In this exchange, I was asked about the Bible’s teachings on matters of the Holy Spirit and his gifting of us, and how we should think about and prepare for spiritual opposition.

I hope this will serve as a helpful addition to your personal study of the Bible as you try to understand this critical aspect of life in Christ.

It turns out that is a little bit bigger question than you might think, though the answer really isn’t all that difficult on the face of it.

The short answer for both deliverance and speaking in tongues is “yes.” Both are talked about in the Bible, and both seem to be expected to last until Christ’s return.

Speaking in tongues is essentially the intuitive reception of a language you don’t know, which you speak out audibly in faith, recognizing that the prayer content of that language is understood by God and acted upon by Him as prayer. Here are a few of my thoughts about this from over the years:

Read through 1st Corinthians chapters 12 – 14 carefully. They contain basically what you need to know about speaking in tongues. Be very careful about people who take what they know about speaking in tongues mainly from Acts. Acts is a narrative text, and sometimes it’s hard to pull out of the narrative what is normative for everybody, what was part of a certain moment in salvation history, or what just happened.

From reading through those chapters, a couple things should become very clear:

First, speaking in tongues exists and is a gift of God. It shouldn’t be rejected just because it’s weird. It has the capacity to edify you personally (while most spiritual gifts edify from you to someone else), and therefore it has a specific and important purpose for Christians in the church.

Speaking in tongues will probably exist until Christ returns. “When perfection comes” in chapter 13 is a reference to the return of Jesus, and Paul says that that is the time when the “imperfect” will disappear. The imperfect, if you attend to the context carefully, includes speaking in tongues. So people who believe that this gift stopped at some point in church history are probably wrong.

Speaking in tongues won’t be given to everyone. It is a gift that Chapter 12 says the Holy Spirit will distribute exactly as He wants to. At the end of Chapter 12, there are a series of rhetorical questions saying “do all ____?” The answer to all of these rhetorical questions is “of course not.” So we are to take from this that not everybody will receive the gift of speaking in tongues. But that doesn’t mean a lot of people – including you or anyone you might minister to or alongside of – won’t.

…it has a specific and important purpose for Christians in the church.

There are certain parameters around which this gift should be displayed – that is, it shouldn’t be used in a way that creates disorder, and when used in gathered groups, it should be accompanied by translation.  In charismatic circles, it almost never is. This is the main problem non-charismatics tend to have with the use of this gift (besides the fact that a lot of them are just afraid of it, because non-charismatic evangelicals tend to be more analytic brainy types who dislike the idea of intuitional gifts that in some way bypass our conscious thought processes).

On Baptism of the Holy Spirit:

However, many people will have very profound subsequent interactions with the Holy Spirit after their conversion, and that experience will feel like something completely different than anything they have ever encountered. It’s pretty unpredictable when and to whom this will happen. You just have to have a both/and kind of mentality: that God promises the Holy Spirit truly to everyone who accepts Jesus and is converted, and in addition, the Holy Spirit can create all kinds of profound experiences in us on the basis of His own choice and decision. Try not to get jealous when other people have really cool experiences. I think sometimes people who have them desperately need them, and they may be more signs of weakness than strength.

Christian faith teaches the existence of intelligent spiritual beings with complete hatred towards God. They have the capacity to do various things to destroy faith in people and lead them into a process that ends in damnation. We call them devils or demons. Satan is apparently one of them, and apparently is at the top of their hierarchy.

Demons or devils do all kinds of things to destroy us. Temptations, confusions, exerting some control on external events, etc., the maximal effect is full demonization, or what people sometimes call “possession.”

This is a bit of a tricky area, as are all of these spiritual dynamics. Trying to figure out what is fake, what is real, what is demonization as opposed to psychological schizophrenia, and all of these sorts of things can be very difficult.

The main thing is that you should believe demonization can and does exist, and be prepared as to what you will do if you bump into it, which is to know that you bear the authority of Christ, and are authorized to use that authority to cast out demons. Usually this kind of thing takes mentoring.

Walking through the spirituality of spiritual warfare, walking with the Spirit, and dealing with deliverance take a lot of judgment.  Pray a lot for discernment and the ability to tell what spiritual external phenomenon really point to. Is that person really speaking in tongues, or are they making something up?  Is that person demonized, or faking it for attention, or not taking their medication? Or are they taking medication because they’re demonized, and the psychologist doesn’t have a category for that?

Discernment needs to start with fruit. Look for people in whom you can recognize real Biblical godliness, who are also walking in these things.

Discernment needs to start with fruit. Look for people in whom you can recognize real Biblical godliness, who are also walking in these things. Remember that Jesus said, “you will know them by their fruit,” not “you will know them by their use of flashy spiritual gifts.” I think that is the first key. Find somebody that is humble, godly, clearly knows the Scriptures and pays attention to them even more them their spiritual intuitions or leadings, and yet seems to have a spiritual dynamic with credibility in real time with the actual Holy Spirit. Then try to learn from them.