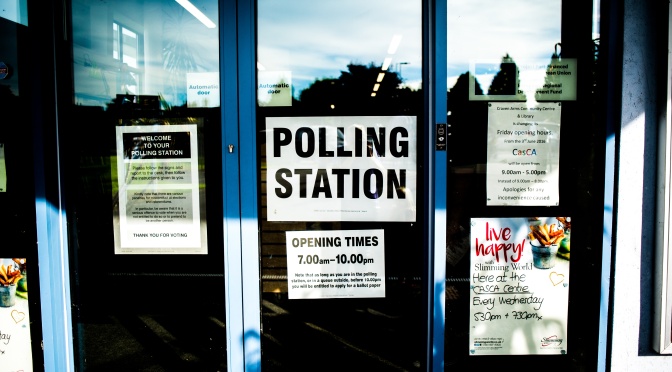 The Bible does not mention democracy. Christian faith is a completely adaptable faith in political terms because God knew his church would always be a minority. He knew that the people of Christ would have to be able to exist in a dictatorship as well as a republic, and everything in between. Because of this, there is no Bible passage on who we should vote for. We are left to theology and prudence: our best understanding of the implications of scripture and the wisest way to apply them.

This is relevant in the present American election. We have before us four unhelpful choices:

Inaction, or taking the cleanest route is often not the most virtuous. There is going to be a soiling to living well in a fallen world—and politics is a dirty pen. Jesus was no fan of the Pharisee’s safety commands, and the servant who buried his talent was cursed by his master. Therefore, the only case in which I think a Christian should not vote is if you believe you are not informed enough to vote. However, there is no reason you cannot become informed, so I do not recommend this option.

If you don’t feel qualified to vote, it is okay to ask someone else—who you respect and think is more qualified and informed—what you should do. I often do this in local elections when I do not know the candidates involved. Use your ability to judge character to choose someone to ask if you don’t think you can do that work yourself, or if you believe that the other person can do it better.

What to consider when choosing a candidate:

In a recent interview at Q Commons, Ross Douthat mentioned three categories that should be considered in making a voting decision for president. I added a fourth:

Sadly, these categories will not make the decision for us—but they can help us prudently consider the choices we have.

Platforms are well and good, but platforms are always unevenly enacted and always through compromise. It is unlikely that any presidential winner in this election will have Congress completely on their side. This means compromise. And since legislation isn’t even the job of the president, it is arguable that a president shouldn’t even have platform. According to our Constitution, only legislators are supposed to have platforms.

Having the capacity to run a global multi-trillion dollar bureaucracy that is as complicated as United States is impossible for anyone. I doubt there is any such human capable of the feat in question. I find the idea itself preposterous—which leads to the fourth consideration. If no one has the personal capacity to lead the full sprawling amoebic bureaucracy of the American government, then they must lead it by their many appointments.

The next president will appoint between one and five Supreme Court justices. This will make a court either a court of original intent or progressive intent. Experience has shown us that there is no such thing as an objective judge, especially in an era where law schools intentionally teach their students not to try.  Judges focusing on original intent are the closest thing to impartial since their philosophy is to “let the law be the law,” but there is plenty of opportunity for conservative ideologies to fill in the gaps.

The president will not only be making appointments to the Supreme Court. There will be numerous appointments to appellate courts which create the judgments the Supreme Court is considering, and predisposes their decisions in the direction of the decision already made by the appellate court—as in the case of same-sex marriage.  There will be also numerous appointments to departments. Administrations profoundly affect how the departments of government function; examples of the impact include the IRS scandal, who the Department of Justice chooses to prosecute, and so on.

In my view, when living in a bureaucratic state, appointments become the most important thing. They are the people in the bureaucracies that create their cultures, set their policies and make their decisions. Therefore, for me, number four is number one.

In the end, our responsibility before God is to do the best we can when we vote.

All voting requires judgment, and all candidates are at least imperfect. All of our knowledge is mediated through the media. And we are all voting for someone to represent us in the future that hasn’t happened yet—that will certainly throw us some curveballs.

We should vote. We will never know what would’ve happened otherwise, if the other person had won. And we may all second-guess our decision decades later. But it is best to act according to conscience. Do what is best according to the best of your knowledge.

Foremost at this time, do what our secular neighbors might despise but that we believe is the most important: pray. Pray that God will give us leaders better than we deserve. Pray that the One who truly rules over all things will rule through even this president And pray that somehow these events will lead to an opportunity for awakening—spiritual, and then perhaps political.

For further Christian reflections on this election, here are some links to things the staff has found helpful:

17 thoughts on “Voting In No-Win Elections”