I get to preach on the meaning of Christmas to 25 Muslim refugees, mostly teen boys, in Germany. I never lack for words, but often speak past my word count (1500-2000) or time limit (15-20 minutes). My challenge is also speaking intermittently through a translator. Lots could be lost in translation, and I could lose my audience if I go over time. You readers of this blog (more my forte) are my practice audience; your feedback and prayers are welcome. Several High Point women have provided stuffed Christmas stockings for the 24 boys and 1 girl; for that we are so grateful. During our sports-drama-English immersion camp in Berlin, July 29-August 5, would you pray for this Word to come alive and dwell with us? Thanks.

Parallels with Islam focus on revelation. God reveals himself through various means—Creation, Scripture, the Prophets, but finally in the person of Jesus the Messiah—which is what Christmas is about.

The primary source of revelation in Islam is the Qur’an. But according to Muslims, this Word didn’t just appear all by itself, but had to come through an instrument worthy to bear a message from God.

Muhammad—an honest, devout man—was seeking God one night after a period of fasting when the angel Gabriel appeared to him with a command. Muhammad was told to “read” and/or “recite” the new information previously given “by the pen.” Whether or not to read was not an option, but a command.

Iqra is the Arabic word for “read”, which also means “recite”; hence Qur’an is the recitation or reading of revelation. The end of Ramadan, with its Festival of Breaking the Fast (aka, Eid al-Fitr), marks the birth of the Islamic faith. This happened by the revelation of the Qur’an through the person of Muhammad.

Christmas is like unto Eid al-Fitr, in that it also celebrates the coming of the Word. In this case, to the Virgin Mary. Like Muhammad, she receives a command and a big reveal. In Mary’s case, she is to conceive and bear a son called Jesus.

That message “read” and “recited” by Muhammad was eventually received by the poor and marginalized, for whom the Revelation, the Qur’an, was good news. 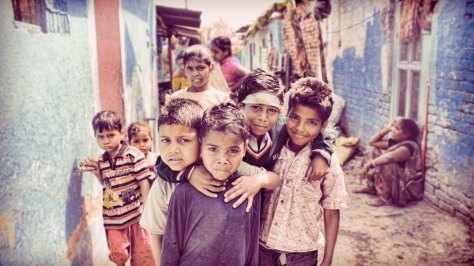 The Christmas story is contained in the first four books of the Injil—Matthew, Mark, Luke & John. Those books give us four different versions of Christmas.

1 In the beginning was the Word, and the Word was with God, and the Word was God. 2 He was with God in the beginning. 3 Through him all things were made; without him nothing was made that has been made. 4 In him was life, and that life was the light of all mankind. 5 The light shines in the darkness, and the darkness has not overcome it…. 9 The true light that gives light to everyone was coming into the world….14 The Word became flesh and made his dwelling among us. We have seen his glory, the glory of the one and only Son,… full of grace and truth.

Matthew’s version of Christmas is more traditional yet uniquely true witness:
a heavenly star points to Jesus, and adoring kings bring presents. The star-topped Christmas tree, and the gifts we put under that tree—both carry on this witness of Christ today. In Matthew 1:18-25, we read:

18 This is how the birth of Jesus the Messiah came about: His mother Mary was pledged to be married to Joseph, but before they came together, she was found to be pregnant through the Holy Spirit. 19 Because Joseph her husband was faithful to the law, and yet did not want to expose her to public disgrace, he had in mind to divorce her quietly.

20 But after he had considered this, an angel of the Lord appeared to him in a dream and said, “Joseph son of David, do not be afraid to take Mary home as your wife, because what is conceived in her is from the Holy Spirit. 21 She will give birth to a son, and you are to give him the name Jesus, because he will save his people from their sins.”

22 All this took place to fulfill what the Lord had said through the prophet [Isaiah]: 23 “The virgin will conceive and give birth to a son, and they will call him Immanuel” (which means “God with us”).

24 When Joseph woke up, he did what the angel of the Lord had commanded him and took Mary home as his wife. 25 But he did not consummate their marriage until she gave birth to a son. And he gave him the name Jesus.

Those who witnessed the first Christmas may not have fully appreciated what they were seeing. But through angels, dreams and prophecy, they came to understand Jesus was King of the Jews, the promised Messiah and sovereign Lord of all. The kings and shepherds worshipped the Christ Child. In Matthew 2:1-2, we read:

1 After Jesus was born in Bethlehem in Judea, during the time of King Herod, Magi from the east came to Jerusalem 2 and asked, “Where is the one who has been born king of the Jews? We saw his star when it rose and have come to worship him.”

That first Christmas involves rejection, even death all around the baby Jesus. So not all is “joy & peace”; rather many were mourning. In John 1:10-11, we read:

10 He was in the world, and though the world was made through him, the world did not recognize him. 11 He came to that which was his own, but his own did not receive him.

Not only did they not receive him as their king, but some wanted to kill him. King Herod, for one. In what has been called the “Slaughter of Innocents,” we see a gutsy, disturbing Christmas story of evil run amok. But evil does not prevail. God brings good out of this tragedy. More specifically, God brings Jesus out of Israel, escaping into Egypt as a refugee. Then directs Jesus and his family back to home country to complete his mission on earth. That first Christmas involves a great persecution, a murderous purge, and a great escape. In Matthew 2:13-21, we read:

13 When they had gone, an angel of the Lord appeared to Joseph in a dream. “Get up,” he said, “take the child and his mother and escape to Egypt. Stay there until I tell you, for Herod is going to search for the child to kill him.”

Jesus, mother Mary, and stepfather Joseph were refugees on the run! Why? Because King Herod issues a fatwa. Fearful and jealous of any and all rivals to his throne, Herod ordered the slaughter of all little boys born at that time:

14 So [Joseph] got up, took the child and his mother during the night and left for Egypt, 15 where he stayed until the death of Herod…. 16 When Herod realized that he had been outwitted by the Magi, he was furious, and he gave orders to kill all the boys in Bethlehem and its vicinity who were two years old and under….”[b]

19 After Herod died, an angel of the Lord appeared in a dream to Joseph in Egypt 20 and said, “Get up, take the child and his mother and go to the land of Israel, for those who were trying to take the child’s life are dead.”

21 So he got up, took the child and his mother and went to the land of Israel.

But God is great—a protector and provider for refugees on the run. Many of you know of God’s protection along the Refugee Highway. You have escaped the Syrian genocide, the war zones in Afghanistan or Iraq, other waves of persecution in the Middle East. Jesus, too, got to live to see another day. In his case, 33 years, to fulfill his life purpose.

People are receiving and believing the Word here in Germany.  Those who do so become children of God and form a house-church of Muslim-background believers. A true Muslim reveres Jesus: “Yet to all who did receive him, to those who believed in his name, he gave the right to become children of God” (John 1:12).  If received among us and believed by us, that Living Word will conceive new life and shed incredible light. Especially in the the dark and deadly times you have been through to get here.  So let me assure you of this truth and hope: God is still active as the creative Word and life-giving Light in the world.

This work does not end with the act of causing moon & stars, sun & earth, plants & animals, people born free—or getting you safely to Germany.  True, all such things come from the Word, but creation and refuge is not the end game.  God did not set this earth into motion only to walk away and admire his handiwork from afar.

Rather, “the Word that was in the beginning of creation humbly became one of us and moved into our neighborhood.”  Because Jesus is among us,… and accepts us just as we are.  But he loves us too much to leave us just the way he found us.

This Jesus changes our past, our present, and our future. 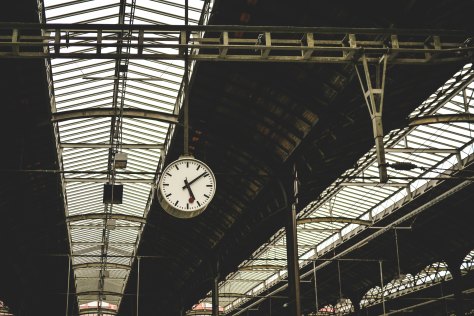