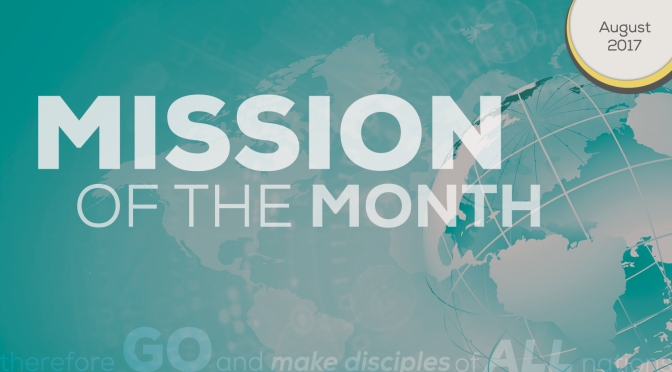 After the race-whipped riots at Charlottesville (August 12) exposed deep divisions and ugly disrespect in this country, we all welcomed with relief and euphoria the day the moon eclipsed sun—and for that day, all other news (August 21).  We now turn the eyes of our hearts and hands of hope to the disaster relief efforts underway in the Houston area.  We cheer the everyday heroes surfacing during Hurricane Harvey, as it whips Houston with a one-two punch of rain and flood “not seen in 500 years.”

Houston has seen more than its share of floods in back-to-back years: Memorial Day flood in 2015, Tax Day flood in 2016, and now Harvey.  And we did see a Harvey-like flood in the aftermath of Hurricane Katrina, which hit the New Orleans area twelve years ago this week.  We responded then and now, as a country and as a Church, in ways that do us proud and heal our land.  I’ve never been so proud of High Point Church as when we organized 15 Disaster Response Teams (DiRT) from Dane County to muck around and help reconstruct flooded homes of neighbors to the South for 15 successive months, beginning in January 2006.

I was on two of those DiRT mission trips (February 2006; April 2007) and organized several others; but now I have less stamina and strength for such back-breaking, week-long efforts.  Yet I have increased hope that Texas and neighboring states are big enough and close enough to care for their own neighbors.  More to the point, I know that God is big enough.

My hope is also based on what I’ve seen of ordinary heroes in Texas and Louisiana going out of their way on volunteer search & rescue mission trips.  One guy after another is calling out, “Hey, buddy, I got this boat, and I can’t just watch others being flooded out of their homes without doing something.  So I am coming to Houston.  Are you with me?”  The common refrain, “You bet! Count me in.”  I can still see a burly rescue worker in waist-deep water, calling out “Hop on!” and mother and small child do just that, leap into his waiting arms to be walked to safety.  Over and over, I see neighbors on patrol checking on neighbors, getting in boats, getting others on board.  Many give gratitude and glory to God.

We can let Harvey and its aftermath capture our imagination of what God is doing to inspire the immediate rescue and long-term recovery efforts to heal our land.  Harvey and it heroes have been well captured and captioned by social media; for example, here, here, and here.  Choose your favorite picture or social media snippet and meditate on that.  Can you see that such heroic efforts not-so-incidentally but providentially serve to heal the great divide in this country?  And in with actions that our mere words, Presidential and otherwise, could not!

Groups nationwide are mounting efforts to collect donations and organize volunteer efforts to deliver aid where needed most.  Donor beware: As always, before you donate, please research any group asking for your money or other donations.  Scammers will no doubt take advantage of this massive disaster relief and hide among the good guys.  Also, groups with strong local ties to the community are often the best place to donate.  Here in Dane County, to donate cash and certain supplies bound for Houston via Austin, go here. Also check out the organizations listed below, which I captured off a Google search, for details on how to help at such a time as this.  Then choose one and act now:

The National Voluntary Organizations Active in Disaster (NVOAD) is also offering several ways we can help—including donating money and supplies, even volunteering.  Check out their all-in-one website.

But before we think flood rescue, relief and recovery is all about what we can do, meditate on Psalm 29:

9 And in his temple all cry, “Glory!”
10 The Lord sits enthroned over the flood;
the Lord is enthroned as King forever.
11 The Lord gives strength to his people;
the Lord blesses his people with peace.

Join me in praying that God will be honored as King of this flood situation.