Luke 1:4 says “so that you may know the certainty of the things you have been taught.” This is the purpose of Luke’s gospel. He sought to create an even more comprehensive record of the life of Jesus than those that existed before. He also sought to corroborate the record of Jesus, claiming that he had investigated everything from the very beginning of Jesus’ life both with traditions that were handed down word for word and by testing those with eyewitnesses who were still living. R.C. Sproul says that this is an “orderly account”; it’s not chronological, but is thematically ordered in a way that is loosely chronological. It is also possible that what Luke includes and doesn’t include is based on what he was personally able to confirm with eyewitnesses, including seven episodes that do not exist in any other Gospels.

Luke is referred to as the “beloved physician” by the apostle Paul in Colossians 4:14. From his work in the books of Luke and Acts, a two-volume work, he is proven to be a good writer, a linguist, and very educated. Church tradition says that he lived to the age of 84, never married, and had no children. It is also said that he was an artist. This would have made him a good companion for the apostle Paul who was also unmarried, traveled widely, and was often sick.

The word literally means “lover of God.” Some have claimed that the name could be a symbolic reference to anybody who believes in Jesus. Yet the title “most excellent” is usually a title given to a patron of nobility. So, the title may be a nickname for someone of noble financial means who may have given Luke money to complete his work but who would not want to be explicitly named. The noble may not have wanted to be named since, by the time Luke wrote this Gospel, there were intermittent and quite terrible persecutions against Christians. 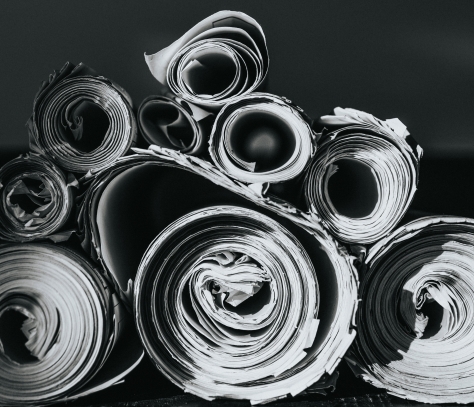 Who was it written for as a wider audience?

The Gospel of Luke is written in Greek and written for a Greek and Gentile audience. This fits well his relation to Paul, who considers himself the apostle to the Gentiles. Gentiles would include Greeks, but would not include people outside “civilized Roman society” that had been overtaken entirely by Greek culture and art. People outside of this “civilized society” were often called “barbarians.” So, if you are reading this and you are from High Point Church, you probably would be among what the Bible would call “barbarians,” whether your ancestors come from Europe, Asia, or Africa. The point is not exclusion; the point is that Greco-Roman society had a certain set of values and beliefs, and Luke is intentionally grappling with those beliefs which are different from Jewish assumptions.

Even though the book is apparently written to someone in nobility, the emphasis of the Gospel is on the universality of Jesus, especially to those who are excluded from high standing in society. Luke’s genealogy goes back to Adam, while Matthew’s more Jewish genealogy only goes back to Abraham. This emphasizes that Jesus is the Savior of the entire human race, and not just the Jews. The Gospel is interested in women, children, the poor, and the disreputable. All of these, especially the poor, have a prominent place. Luke’s Gospel also has a more antagonistic and warning tone to the wealthy which does not exist strongly in other Gospels. Luke also emphasizes the work of the Holy Spirit, making his Gospel both a historical and supernatural book.

Paul and Luke focus their ministry in the book of Acts on cities, and several biblical scholars believe that the book was written most specifically for an urban church community in the Hellenistic/Greek world.

When was the book written?

The city of Jerusalem fell horribly in A.D. 70 to absolute Roman destruction. Jesus predicts this in the Gospel of Luke, and yet there is no mention of it in the book of Acts or the Gospel of Luke itself. Also, there is no mention of the death of Paul which presumably happened before A.D. 70. And if Acts was completed before A.D. 70, then the Gospel of Luke was also completed before then, since Luke refers to it as “his former book.” This however is not accepted by many modern scholars because it has a very terrible supernatural implication: that Jesus literally and directly prophesied about the fall of Jerusalem some 40 years before it happened. If the gospel of Luke was written before A.D. 70, then it includes an absolutely clear case of prophecy that was fulfilled in the starkest and most obvious way. Secular, or better, unbelieving biblical scholars will not accept this. Therefore they will assert the Gospel must have been written after A.D. 70. I can find no good reason to date the Gospel that late other than a disbelief in prophecy.

Hopefully this information will help you get more out of the book of Luke as you read it and as we study it together as a church this year. If you want to learn a bit more, here’s a video introduction to the book of Luke by The Bible Project.