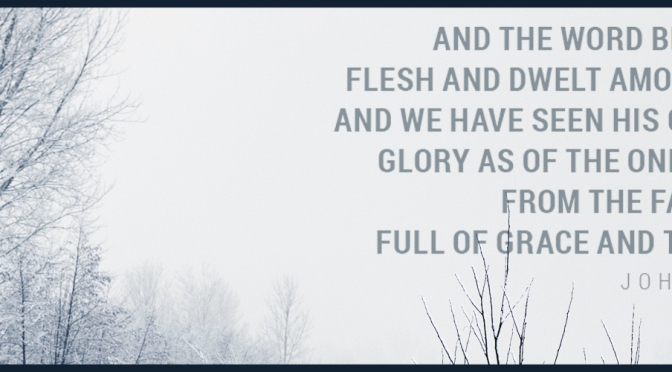 J.I. Packer said that the coming of Jesus (the Incarnation) was the central mystery of the Christian faith. In Knowing God he said:

“The supreme mystery with which the gospel confronts us, does not lie…in the Good Friday message of atonement, nor in the Easter message of resurrection, but in the Christmas message of Incarnation. The really staggering Christian claim is that Jesus of Nazareth was God made man…” (emphasis added)

That is not to say the crucifixion and resurrection are not mysterious. But if I had to explain to a crowded room either…

…I would definitely choose the first question. But that does not make the doctrine of the incarnation any less significant in our faith.

Christianity is a revealed religion. We believe that Christ is man and God not because we can explain it, but because God revealed it. This revealed truth, which is a mystery, is also central in making many other things less mysterious. E.L. Mascall said that a mystery “..while it remains obscure in itself, has the remarkable capacity of illuminating other things.”

Like bright lights, mysteries can blind the mind that looks intently into them, but they themselves can greatly illuminate much else once we believe them.

The illumination of Christ, what Simeon calls a “light to the Gentiles” (Luke 2), is precisely that. There are many things difficult to explain about his divinity and humanity, but the fact of his divinity and humanity, and the actions and teachings of the God-man make other things like work, wealth, leisure, war, hope, violence, marriage, family, culture, and politics much more clear than they would have been otherwise. Like bright lights, mysteries can blind the mind that looks intently into them, but they themselves can greatly illuminate much else once we believe them. And no mystery has a greater power of illumination that this mystery that defines all else: God became flesh and dwelt among us.