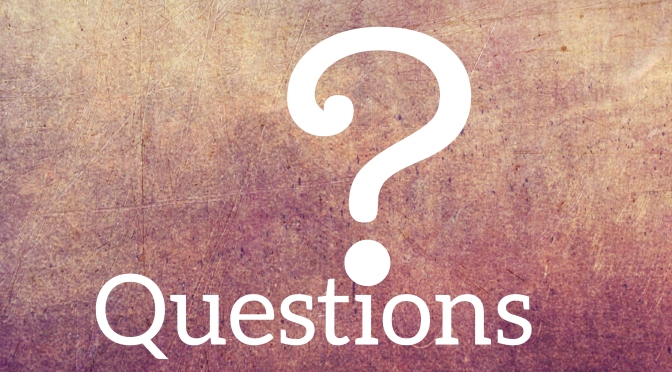 Question from the Congregation

My small group discussed a question recently, and they encouraged me to present it to you: “What is my role in becoming a Christian? I have always felt I had some role in becoming a follower of Christ—responding to the calling rather than just turning away, denying Jesus access to my heart and life.  However, from the reading/sermon I clearly understood that I have done nothing and it is all God’s grace. Could you consider expounding on this?”

The distinction in the Bible’s language about our actions essentially divides them into actions that are meritorious (meaning that, in return for such actions, we deserve something), and those that are essential (meaning that we have to do them, even if such action doesn’t cause us to deserve anything).

How does belief happen?

In salvation, all of the work that is meritorious is done by God, namely through the work of Jesus in his life, death and resurrection. However, if this was all that was necessary for salvation, then we would be Universalists—that is, we would believe that everyone is automatically saved.

However, trusting in Christ to save you (having faith) is an essential, or necessary action. You have to believe to be saved. And that belief is enabled and even inspired by God the Holy Spirit.

Theologians disagree as to the degree to which the Holy Spirit makes the choice to believe in Jesus an irresistible choice. Some believe that the Holy Spirit just makes believing in Jesus possible. That is, he takes us beyond the bondage of our sinful nature and makes it possible for us to believe in Jesus. At that point, we either believe or we don’t. We would refer to this state of being (the state where we have the ability to believe and to see the truth) as “being under conviction.”

In the reformed or Calvinist tradition, some believe that the Holy Spirit takes us even further than this. They believe that God not only takes us to where we can believe in the Gospel, but makes the work of Christ so beautiful to us that we would never reject it. They would say that, logically, we could resist the Gospel, but that God the Holy Spirit makes the Gospel so functionally irresistible and so beautiful, that no one ever actually does. In Calvinism, this is called “irresistible Grace.” Though we are not coerced to believe in Jesus, he is so beautiful, rich and attractive to us that, functionally, we find coming to him irresistible.

Sometimes I describe it as answering the question, “Would you like some chocolate ice cream?” Now technically, nobody is coercing or forcing me when I say yes. If I say yes, I say it of my own free will. I am truly choosing. But it’s chocolate ice cream. I’m going to say yes every single time. And so, there are some things to which we will say yes every time, things we find functionally irresistible, that we could logically reject.

It will make you more thankful and joyful, rather than more anxious and fearful…

When you understand it that way, you really are believing. Your faith really is something. It is a condition of your salvation. It had to happen for you to be saved. In one sense, it made the difference between your salvation and your damnation. However, that doesn’t mean that God didn’t draw you in a spectacular way and make that decision so easy that he almost made it for you.

You’ll be humble, joyful and grateful that Christ did so much to persuade you to come to him—attractively, and if the Calvinists are right, even irresistibly—and that his act of persuasion was an act of love, grace and generosity.

Seeing faith as a gift of grace also means that when you try to lead people to Christ, you will not focus on the fact that they need to stir up faith in themselves and believe as soon as possible. You will follow the example of the Holy Spirit and seek to beautify the message of Christ as much as possible so that it becomes irresistible to them, so that they deeply and desperately want to believe it, and so that they do come to believe it.

You’ll focus on making the Gospel irresistibly beautiful, rather than focusing on pushing people to have faith

If you see faith this way, it will help you focus on Christ rather than on your own faith. It will make you more thankful and joyful, rather than more anxious and fearful about whether or not your faith is still good enough. It will make you humble, which other people will find deeply attractive and enjoyable. And it will change the way you do evangelism; you’ll focus on making the Gospel irresistibly beautiful, rather than focusing on pushing people to have faith (though you will still make a point to invite them to put their faith in Christ as you see them responding to the Gospel’s beauty).